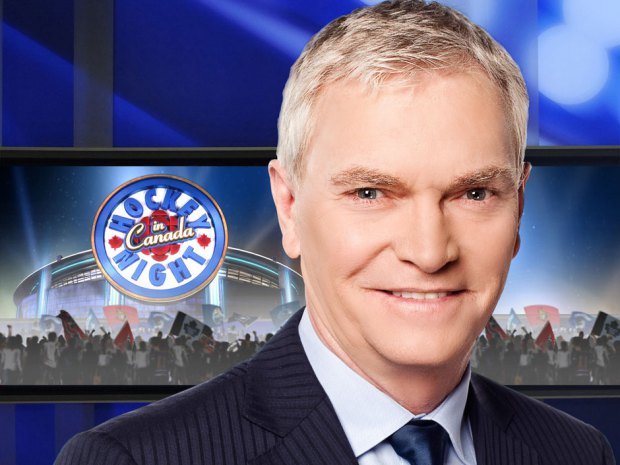 When the Canadian Men’s Health Foundation asked me to be one of their champions, I thought why are they asking Jim Hughson? I’m not an accomplished hockey player or an Olympian. I can cook, but I’m hardly a chef and I’ve coached hockey but it’s Bantam not NHL.

After some time, however, I figured out my place in this group: alongside a lot of you.  The guys-in-the-middle.  We can ride but aren’t going up the Alps. We paddleboard, but just around the pier.. And we try to follow rules of good health and fitness, except when we’re breaking them!

Allow me to champion the cause for all men-in-the-middle.

As a hockey broadcaster, I live a different life.  I’m on the road more than 100 days a year, working nights and weekends, living in hotels and aircraft, restaurants and bars.

It’s not easy to stay fit in that environment, and I often do things I’d never do at home.

Late at night, after games, I confess to wolfing down a pizza and glorking a beer just before bed at 2 am. And while some airline food seems like it was shot out of an aerosol can, when you’re tired, it can taste like Ned Bell whipped it up.

You have to find ways to counterbalance the excess to keep fit and feel sharp on the road. My solution: run the NHL. Not literally but figuratively.

For more than 30 years, I have found running in every NHL city I am in is good for my mind and body.

I run a half hour on a busy day, bust out a half marathon on a day off, or—just to change things up—a short run then bike for a while.

But I needed more than that to stay healthy on the road, so I also skip the bread that comes before the menu arrives, have one piece of pizza late at night instead of the whole damn pie, and dessert is something I leave for Thanksgiving and Christmas.

I take the stairs when I have a choice, walk to work when I can and explore cities I visit on foot. At home I run to the bank—especially for deposits—and park in the furthest spot from the mall doors so I get a walk and lower my frustration.

None of this gets me a medal, a trophy or even a second look, but it keeps me feeling great.

And really, when it comes down to it, I haven’t changed much at all.