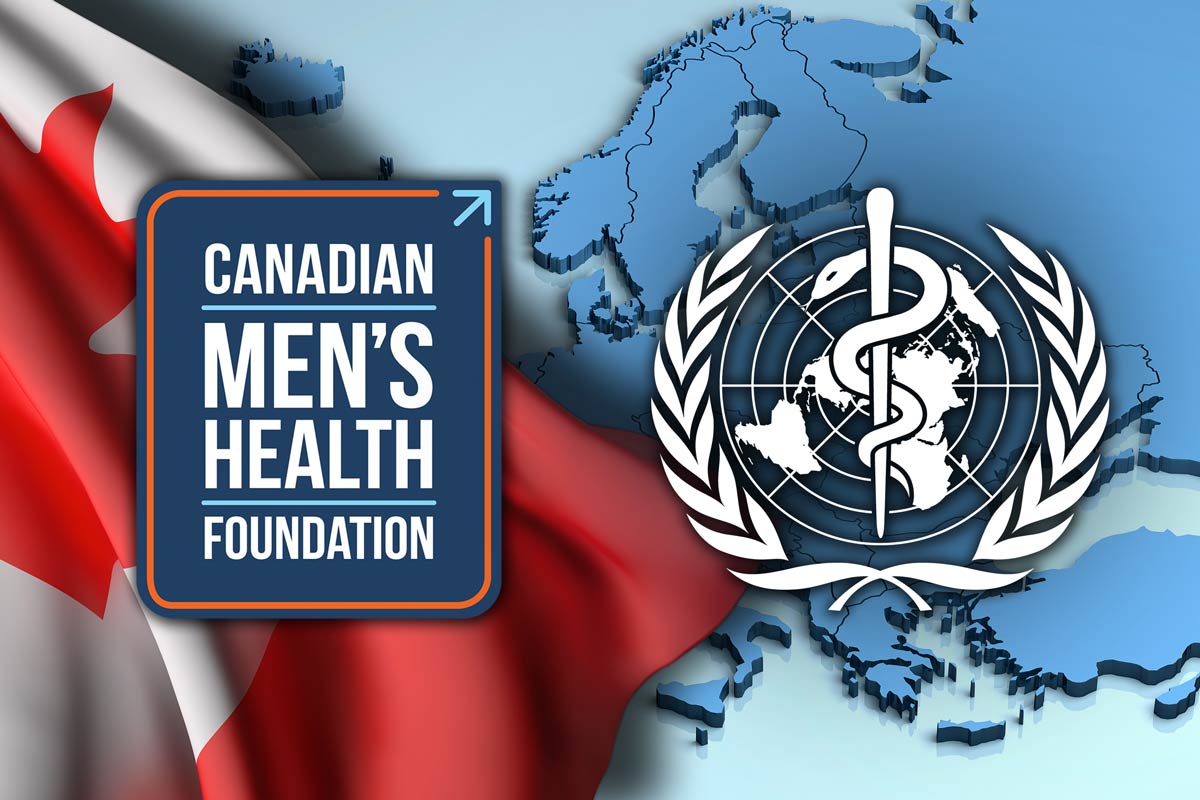 The Canadian Men’s Health Foundation is again being cited as a catalyst for changing perceptions of men’s health issues.

In the January/February edition of the Trends in Urology & Men’s Health journal, Peter Baker, director of the Global Action on Men’s Health network, explores the first-ever men’s health strategy to be adopted by the World Health Organization’s Regional Office for Europe. The 2018 strategy, which complements a women’s health strategy adopted two years earlier, recognises that many men’s health outcomes are unacceptably poor and linked to gender norms that engender risky behaviours.

These are the very same messages the CMHF has been championing since being founded in 2014. Indeed, Mr. Baker’s article cites a CMHF-commissioned study — “Don’t Change Much: The Economic Impact of Modest Health Behavior Changes in Middle Aged Men” — as proof that governments and health services have much to gain by addressing men’s health.

“A 1% annual relative reduction in the proportion of middle-aged men and women in Canada who smoke tobacco, consume harmful levels of alcohol and have excess weight could result in a cumulative reduction in the country’s economic burden of about CAD $51 billion in the period 2013-36,” the article states, adding that enough evidence now exists “to enable policymakers and practitioners to start developing effective programmes.”

Speaking of effective programmes, the CMHF’s Don’t Change Much campaign will celebrate its fifth anniversary on June 3. Designed to deliver influential health messaging that men can truly hear, absorb and act upon, the online resource contains a wealth of reliable information and easy tips, and is dedicated to inspiring men and their families to lead healthier lives.

In fact, the Don’t Change Much mandate embraces two of WHO Europe’s principal “areas for action”: improving health promotion, and developing a comprehensive body of evidence on men’s health from a gender perspective.

Likewise, some of the key findings of WHO Europe’s strategy are remarkably similar to those of  the CMHF’s National Study of Health Behaviours, which has already served as the basis of a research article in the American Journal of Men’s Health and was recently corroborated by researchers at Harvard University.

Just as the WHO data compares male tobacco use, alcohol and drug use, low physical activity, and dietary risks across European regions, the CMHF study considers four near-identical health behaviours among Canadian men, as well as sleep behaviours.

Here, again, the CMHF has introduced practical tools to help men assess their health, understand the behaviors that affect it, and take action. YouCheck.ca, the world’s first health-awareness tool specifically for men, is a prime example. It uses a confidential 10-minute questionnaire to provide a unique snapshot of current and future health by generating a free, customized report that shows men how to make health changes.