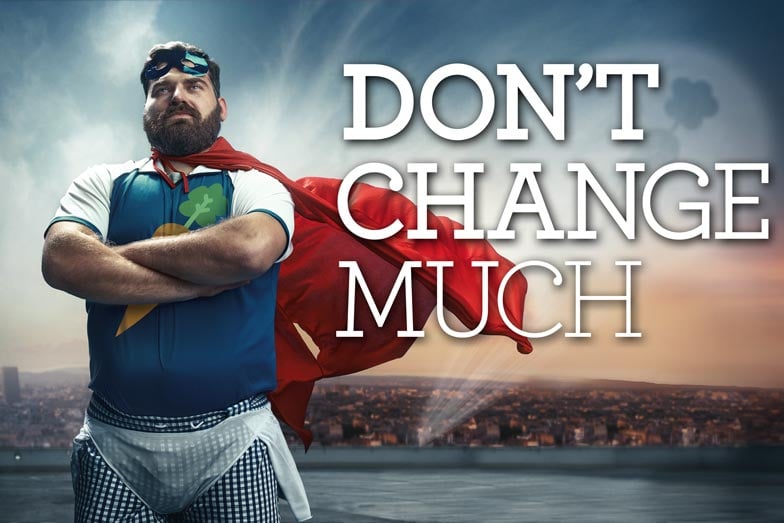 May 15, 2020, was a red-letter day for the Canadian Men’s Health Foundation. Not because it was Bike-to-Work Day — although that is pretty great — but because it marked the publication of a study that has validated our mission like never before.

With Canadian Men’s Health Week 2020 taking place from June 15-21, and with the COVID-19 crisis changing the daily routines of Canadian men in unprecedented ways, this endorsement could not have come at a better time. Published in the Journal of Medical Internet Research and funded by the Public Health Agency of Canada, the study shows that Canadian men who regularly use our free DontChangeMuch.ca eHealth resource make significantly more health changes than men who do not. (Read our press release here.)

A team of researchers led by the University of British Columbia and Intensions Consulting looked at differences in behaviour among 863 men who accessed DontChangeMuch.ca, and a benchmark sample of 2,000 Canadian men who had not. They found that regular users of our online health initiative for men had significantly increased odds for 9 out of 10 recent health changes:

“We have long recognized the huge, unnecessary burden of men’s poor health,” says study co-author Dr. Larry Goldenberg, a professor of urologic sciences at UBC and founding chair of CMHF. “It is a missing piece of the family health puzzle so we need to change men’s behaviours en masse. Waiting until they show up at the doctor’s office in crisis is not the way to go. Making early, positive changes improves their lives, their families’ lives and reduces the strain on our healthcare systems.”

That’s where Don’t Change Much comes in, with the study concluding that “the intended health behaviour changes can be explained by DCM exposure and demographic factors, indicating the acceptability of this men’s eHealth resource.”

According to study lead author John Oliffe, a nursing professor who leads the men’s health program at UBC, “men are more likely to die from clogged arteries and heart disease and live an average of nine years of their lives in extremely poor health. Free e-health resources can help men access information and resources that they may otherwise be unable to, and the positive changes in their health can ripple out to benefit their families and society.”

Factors that promote men’s health are sorely needed. A CMHF-commissioned report indicates that four unhealthy factors — smoking, weight gain, alcohol in excess and limited exercise — are the top causes of chronic disease in Canadian men. These diseases diminish their quality of life and cause suffering among their families, friends and communities, but can also lead to premature death.

This is to say nothing of the medical costs of treating conditions related to these poor health behaviours. Our study found economic losses stemming solely from these four factors total nearly $37 billion per year.

Were it not for these poor health behaviours, conditions such as type 2 diabetes and heart disease would be much less common. Our report found that the four factors contribute to nearly 80 percent of chronic lung disease cases, almost 75 percent of cancers of the head and neck, 72 percent of lung cancers, 67 percent of type 2 diabetes, and 58 percent of heart disease. Cardiovascular disease is among the leading causes of death in Canada for both men and women, claiming the lives of more than 34,000 people every year. Approximately 90 percent of Canadians over the age of 20 have at least one risk factor associated with heart disease.

Launched in 2014 by the CMHF, the goal of DontChangeMuch.ca is to engage men by using humour, giving them control over the information they access, and allowing them to ask questions anonymously. “Men like it online,” explains Wayne Hartrick, Founding President of CMHF. “This is critically important because e-health can be scaled to engage many more men than in traditional health settings. We believe we have ‘cracked the code’ for engaging large numbers of men online. Now, for the first time, we have research that shows the effectiveness of our humorous, guy-friendly ‘Don’t Change Much’ blend of marketing-driven programming and unbiased, evidence-based research.”

This unique achievement is getting noticed around the world. “Many men’s unhealthy and risky behaviours are a worldwide problem and new solutions are urgently needed,” says Peter Baker, Director of the UK-based Global Action for Men’s Health, a collaborative project that includes organizations like CMHF. “Don’t Change Much confirms the global potential of digital technologies to nudge men towards healthier behaviours. An approach they can relate to can reduce unnecessary chronic disease, lessen suffering and early deaths, and cut the costs of treatment.”

The right approach at the right time

For the last six years, Canadian Men’s Health Week has invited one and all to join CMHF in inspiring guys and their families to lead healthier lives. Of course, there is one enormous difference this year: COVID-19. That’s why we’re celebrating the millions of dads across the country who are guiding their loved ones through the pandemic. Good thing Men’s Health Week culminates on Father’s Day!

On that inspiring note, it’s time to show your support and get involved. Fatherhood for the win!

CMHF is a registered national charity. We rely on support from donors to help with our mission: inspiring men to live healthier. Your contribution will further men’s health research and programming, so we can help all the men you care about. Donate today!

This study is made possible by the support of generous sponsors.