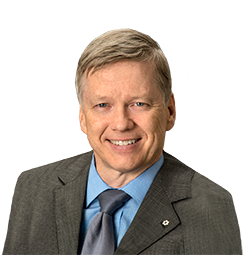 Victoria, BC – MLA Sam Sullivan presented a statement in the BC Legislature on the Canadian Men’s Health Foundation, founded in British Columbia by Order of Canada recipient Dr. Larry Goldenberg, a pioneer in the treatment of prostate cancer.

The mission of the Canadian Men’s Health Foundation (CMHF) is to inspire Canadian men to lead healthier lives through a variety of programs including DontChangeMuch.ca, where guys go to get healthy and YouCheck.ca, a health awareness tool built specifically for men.

The third annual Canadian Men’s Health Week is June 13-19, 2016, it is a nation-wide conversation focused on men’s health.

Someone once described the difficulty of health care prevention this way: “It’s like we’re standing at the edge of a river, next to a steep waterfall, trying to fish people out of the water before they plummet over the edge. This job is so important, so all consuming, that there never seems to be time to send someone up the river to stop people from jumping into it in first place find out this here.”

Thankfully, in B.C., we are delivering and developing a stronger health planning illness prevention. A great example of this is Canadian Men’s Health Foundation, a group started here in B.C. and supported from the start by our provincial government. It is a brainchild of the inimitable Dr. Larry Goldenberg.

In his work with prostate cancer, he was seeing patients come to him for treatment who also had many other barriers to good health, barriers that could be fixed if the men could make some small changes to their daily habits. He looked into this further and realized that men’s health is a missing piece of the community health puzzle.

In B.C., the cost of poor lifestyle choices by men, which results in chronic disease, is $4.5 billion per year. To address this, the CMHF launched a program called Don’t Change Much, aimed at creating awareness and getting men to make small changes to improve their health and, therefore, the overall health of our communities, while reducing costs to the health care system.

In its first full year, 72 percent of the users of the programs report positive changes in their health and their healthy behaviours. As we near Men’s Health Week, which is June 13 to June 19 this year, I encourage everyone in this House to visit don’tchangemuch.ca and to use the tools there to help to make healthy choices for the sake of their health and the health of their loved ones.