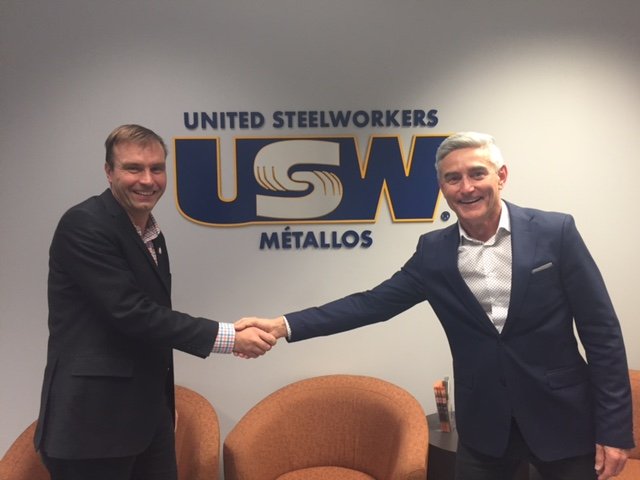 Wayne Hartrick, President of CMHF, and Mark Rowlinson, assistant to the National Director of United Steelworkers Canada, met today after the USW passed a national resolution to support the Don’t Change Much campaign – a social movement that is motivating men to lead healthier lives.

Canadian Men’s Health Week is a call to action for health care providers, public policy makers, private industry, the media and individuals to encourage men, boys, women and their families to engage in the topic of men’s health – whether it is encouraging men to seek regular medical advice and early treatment for disease and injury, discussing masculinity, fatherhood, mental fitness, and healthy eating.

– Men are the missing piece of the family health puzzle.

– No one organization can solve the puzzle alone – collaboration is key.

Join Canadians coast to coast in raising awareness for the third annual Canadian Men’s Health Week. The digital campaign will run from June 13th-19th, at CanadianMensHealthWeek.ca.