One Finger Can Start a Movement! 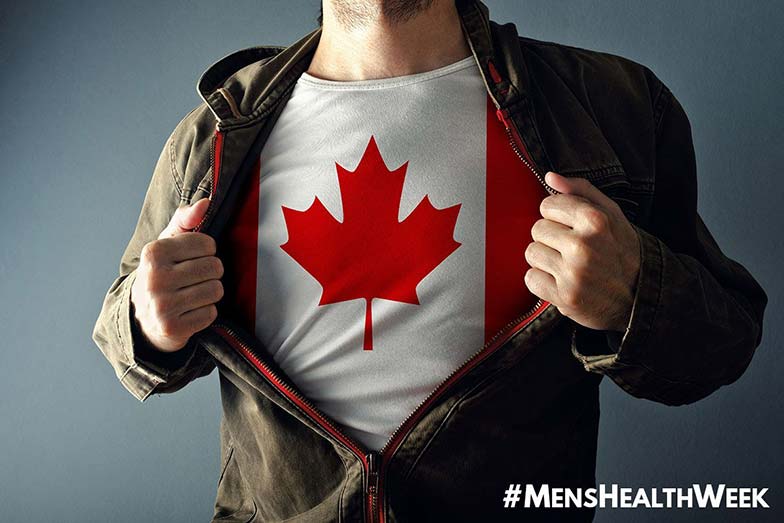 What would happen if you got together with a few buddies to record radio ads for the second-annual Canadian Men’s Health Week? If everyone in the studio was being honest, the results would probably sound a lot like the hilarious Don’t Change Much spots that just won Gold and Silver at the Canadian radio awards. (I swear I can hear my friend Matt saying “wooo…” and “broccoliiii…” in the “Our Vow” version.)

Why do the spots resonate with so many guys? Because they are true: Men really are reluctant to jog and eat broccoli. It’s also true that small lifestyle changes like the ones mentioned in the ads can make a big difference when it comes to improving men’s health – and this is where the new “Take The Pledge” campaign comes in.

The centrepiece of the second-annual Canadian Men’s Health Week, from June 15 to 21, is calling on guys across the country to pledge to make simple lifestyle changes that can help them feel better and live healthier lives. What kind of changes? The ads provide the answers: Taking the stairs instead of the escalator, choosing salad as a side dish, getting off the bus one stop earlier and, yes, eating more broccoli. One click or tap of the finger at CanadianMensHealthWeek.ca is all it takes for men to make their pledges.

The lifestyle changes may not sound all that taxing, but that’s the point. By sharing the tongue-in-cheek clips — and encouraging other men to do the same via the #MensHealthWeek hashtag — the Champions are showing how simple and painless it is to make healthy choices. Men can even call on their own friends and family, Ice Bucket Challenge style, to embrace stairs, short strolls and salads.

Two-time Olympic gold medalist Simon Whitfield agrees: “A lot of guys are so busy taking care of their kids, their careers, and their partners that they forget to take care of their own health. We want guys to make some small changes to improve their health, for the people around them and for themselves.”

In the end, “Take The Pledge” is all about helping Canadian men become the healthiest guys in the world. And that’s something we can all shout about – in the recording studio and otherwise!