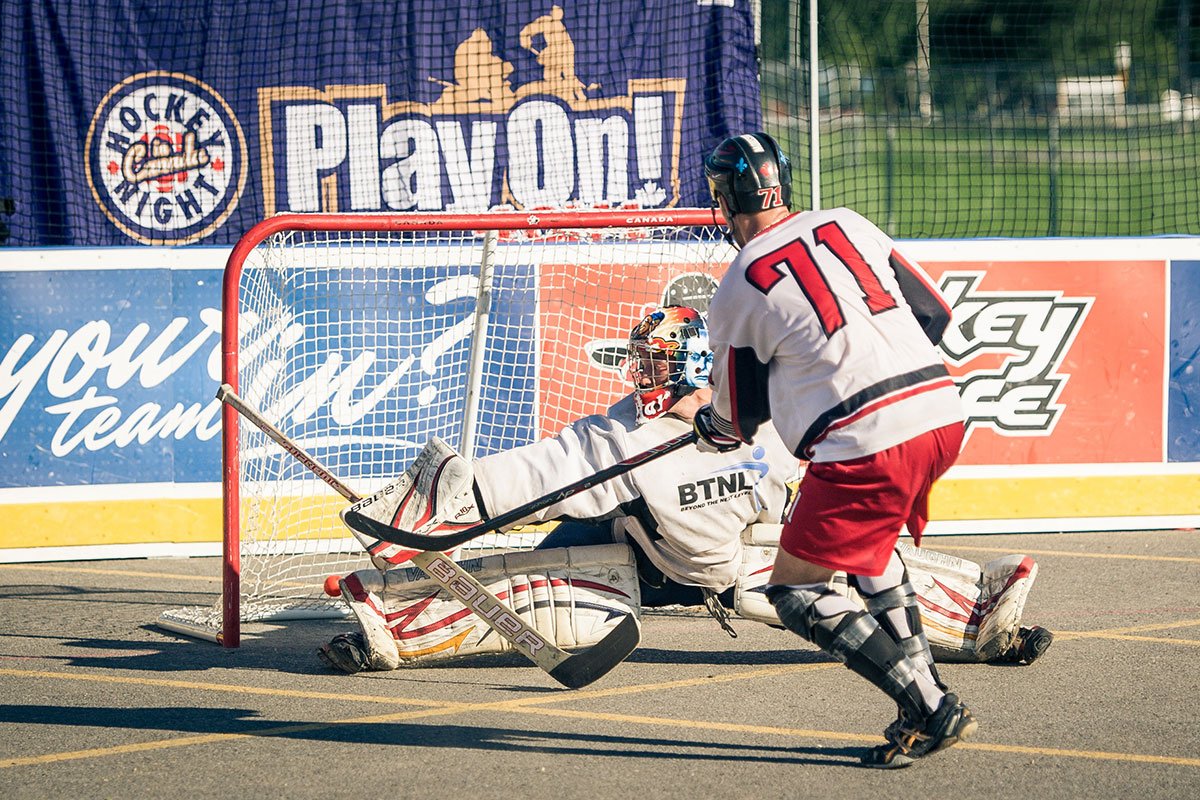 Canadian Men’s Health Foundation is humbled to announce we are the national charity of choice for Hockey Night in Canada’s Play On! The ultimate summer street hockey experience, this Canadian hockey tournament is helping men and families nationwide stay active one goal at a time.

Since 2003, over 1.5 million Canadians have “taken back the streets” in these 4on4 street hockey tournaments in neighbourhoods across the country. Play On! tournaments feature hundreds of teams, thousands of participants, and separate divisions for both genders, all skill levels, and all ages.

A hallmark of hockey spirit in Canada, Play On! celebrates hockey culture in a fun, festival atmosphere, that makes kids feel like NHL pros and adults feel like kids again. If that wasn’t reward enough, Play On! even has its own trophy named The Redwood Cup which is awarded annually to the national champions, who are recognized as the world’s greatest street hockey players.

2015 Play On! tournaments are now well on their way, so be sure to click here for upcoming events in your city!