Testosterone You know It’s Important, But Why? 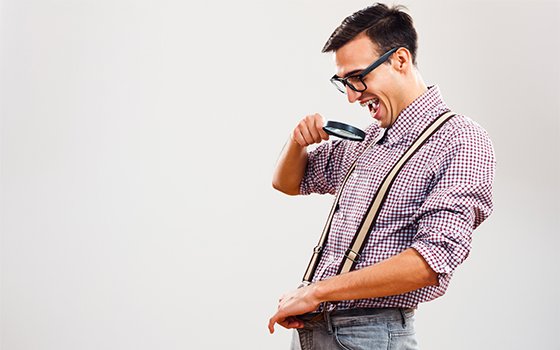 Back in 2008, the Toronto Star reported that Brian Burke, after becoming the 13th general manager of the Toronto Maple Leafs, promised that his team would become a pull-no-punches, in-your-face squad. “We require, as a team proper levels of pugnacity, testosterone, truculence and belligerence. That’s how our teams play,” said Burke.

Using the word “testosterone” was part of Burke’s shorthand for describing the kind of team he wanted, conveying the message that he wanted manly men playing manly hockey. But what is testosterone, and is it truly responsible for the kind of hockey Burke wanted the team to play?

Guys being guys, we presume that once we get through the awkward puberty stage and stop growing, we’ll stay the way we are forever. However, as Shaquille O’Neal famously said, “39 ain’t 29, bro.” This reminds me of an old joke. Two friends are arguing about how hockey has changed. One friend claimed that the old timers weren’t all that great in comparison to today’s kids. “Ok, so how do you think Wayne Gretzky would make out in the NHL today?” “ I guess he’d be good for 25 goals, maybe another 40 assists?” “The Great One!?!?” “Well he is 54 years old!” The point is: nothing lasts forever and testosterone may be part of the reason why. At about age 40, the amount of testosterone men produce starts to drop, while the amount your body can use also decreases. It may only be one to two percent a year, but because the decline happens so slowly, most men likely don’t notice. You may even say, “Hey, I can still keep up skating, drive the ball as far as I used to and hit homers on my slo-pitch team. And I still need to shave every day.” Possibly all true, but in addition to the fact that the drop in testosterone is so small and slow, many of you may be looking in the wrong direction when it comes to the role testosterone plays.

We don’t tend to lose obvious things like body hair. Some of the things that do start to change may be things you don’t notice — yet are obvious to others. Or, they may be the kinds of things you slough off, “I’m just getting older, this is supposed to happen.” Something you’d notice, for example, is if you don’t wake up with an erection, it’s not as firm as it used to be, or you’re not as interested in sex as you once were.

Other less noticeable changes might include a decrease in strength, less endurance playing sports, a loss of enjoyment in life, less efficiency at work, falling asleep after dinner or becoming grumpier. You may not notice, but others will. So, why does this happen as we get older, and what does it have to do with testosterone?

Testosterone is a key component of many men’s functions. For example, mood, memory, the ability to think clearly and energy levels are all related to healthy testosterone levels. There are also a number of medical conditions that your doctor will diagnose that are related to low testosterone. These include obesity, loss of muscle mass, sexual dysfunction, depression, diabetes, osteoporosis and anemia.

So, if you’re thinking that some of these symptoms sound familiar, why not go see your health care provider and have a conversation? If appropriate, a simple blood test will assess your testosterone levels. If levels are low, there are a couple of different strategies. As a doctor, I don’t like to blame age for a lot of things, and optimizing your lifestyle is incredibly important, not just to restore testosterone levels but to keep them from dropping in the first place. I always lead with STOP SMOKING! Other things include improving your diet (“DontChangeMuch.ca”) and increasing your exercise to 150 minutes a week, which should include some resistance training. And, if you think two games a week of slo-pitch, riding in a golf cart, or a couple of games of pick up hockey a week is enough, I hate to break it to you, but you’re kidding yourselves. (I won’t mention post-game wings and beer.)

Remember this: Recreational sports are what you get into shape for, not from. So, if your waist size — measured at your belly button — is bigger than your chest size, or if you put on your briefs, look down and can’t see them, that’s a pretty good clue that it’s time to do something. Also, ask your partner if you snore or even stop breathing at night. (Presuming they haven’t already thrown you out of the bedroom.) Sleep apnea is common and should also be addressed to get back on the right track.

For some men, exercise and diet isn’t enough to restore testosterone levels. The good news is that there are several safe, convenient and effective forms of testosterone available for replacement therapy. The bad news is that replacement therapy can be slow to kick in and for the first few months it may seem that it’s not doing anything. The surprising thing might be that first thing that comes back is not your slap shot, but your focus, mood memory and concentration. The key is to work closely with your health care provider and have a plan that you can stick to. So, while 29 ain’t 39, 39 doesn’t have to be 59 either.

Yours in good health,

Dr. David Greenberg is a Director of the CMHF. He practices Family Medicine in Toronto.