After struggling with his own waistline for years, Jeff Nesbitt achieved his wellness goals by embracing change. In this six-part series, Jeff shares the highs and lows of his journey, as well as advice and insights he gained along the way, in hopes of inspiring other men to do the same.

I wanted to make changes in my life, I made a firm commitment to doing so, I found effective ways to start making those changes…and then I cheated.

It happened as it so often does: Out on the town on a Friday night. I was with my wife and some friends in a restaurant, and having eaten nothing but pre-packaged Walmart meals for two months one thing soon lead to another. My plan was to order a garden salad with chicken, as I had always done when dining out, but when menus arrived the burger and fries called my name so loudly that I just had to have them. And having given up alcohol over the same two months, I cheated again by washing it all down with a couple glasses of wine.

Don’t get me wrong: I enjoyed the meal. But when I got home I felt disappointed at having cheated on a diet I had worked so hard to start. I felt even worse when I discovered the consequences of my actions. Stepping on the scale before bed, I saw that my weight had jumped several pounds. And despite the fact that I immediately returned to my proven weight-loss plan, it took three whole days to get back to where I was before my moment of weakness.

My own experience is supported by academic research. A 2017 Drexel University study suggests that slowly but steadily shedding pounds each week can be more beneficial for long-term weight loss than seeing your weight drastically drop only to rise again. Researchers found that weekly weight variability among 183 obese subjects, measured at the first six and 12 weeks of a guided weight-loss program, was associated with less weight loss when measured at 12 and 24 months.

By making a conscious effort to track my food intake, I gained essential knowledge about what and how much I could eat to achieve my goals. I also learned how many calories I needed to burn each day, which brings me to the topic of my next post: The exercise regimen that accompanied my dietary changes, and that ultimately kicked my journey into a higher gear. 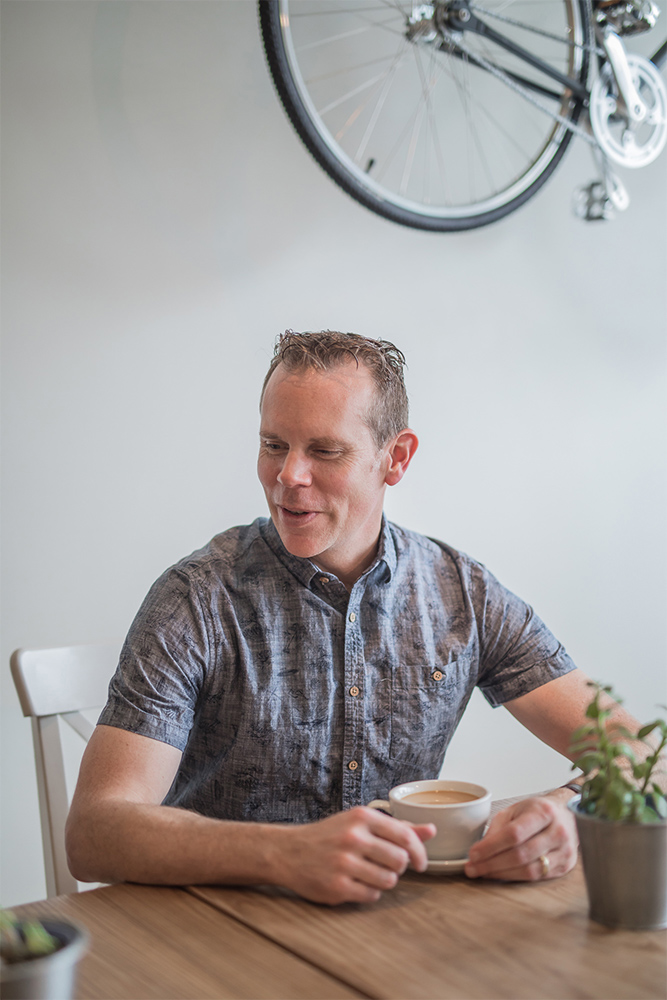 Do you know someone who could benefit from reading this? Click “Share” to inspire others with Jeff’s story, and email info@menshealthfoundation.ca to find out how you can help others by sharing your own journey to wellness.

Visit DontChangeMuch.ca for a simple two-part trick that makes it easier not to cheat on your weight-loss plan.