After struggling with his own waistline for years, Jeff Nesbitt achieved his wellness goals by embracing change. In this six-part series, Jeff shares the highs and lows of his journey, as well as advice and insights he gained along the way, in hopes of inspiring other men to do the same.

The first fortnight of my journey proved to be more difficult than I expected because I couldn’t see any kind of transformation happening. My waist size started at 42…and it was still 42 two weeks later! Then I started to feel a difference: More give in my jeans, my suit jacket almost seeming to fit, a bounce in my step I wasn’t sure was there before. Plus, my bathroom scale informed me that I had lost 15 pounds, although most of that was water weight. There was a long way to go, to be sure, but that new feeling and that falling number — along with the two factors listed below — got me through those early days. 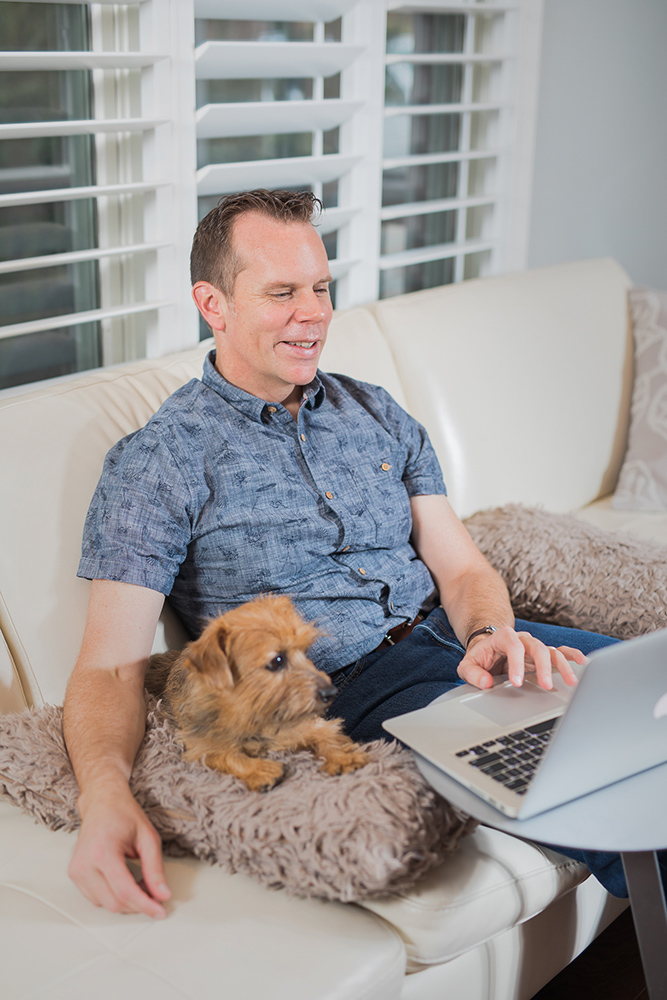 It is so important to surround yourself with individuals who are supportive of your changes, and don’t distract you from the journey ahead. When mine began I had the good fortune of working closely with people who truly care about their health. Naturally, this encouraged me to do this same.

That said, you don’t need to work for a health-minded employer to feed off the same kind of vibes. Join a running or cycling club, meet friends for a hike, hit the ski hill with your family, join a gym like I did (or more appropriately, use the gym that I was paying for)…there are so many ways to hang out with a healthy crowd.

One of my more difficult early challenges involved attending a community beer-tasting event. I was there to be social — I had given up alcohol after all — but it was still painful being around 20-odd people who were sampling local craft brews. This would have been bad enough on its own, but they were also dining upon beefy sliders. Oh, those little sliders. So small, so delicious, so…tempting. Of course, rocket scientist that I am, I knew there would be beer-drinking and nibbles at this event, so I ate my Walmart meal before I got there. Plus, I made sure to have plenty of water on hand so that physical thirst wouldn’t worsen the situation. It also helped that those in attendance became concerned about pushing food and drink on me once they learned about my journey. For the most part, they either added that they should embark on something similar themselves, or said, “You don’t need to lose weight,” which I took as a compliment. Little did they know!

And you know what? I made it through, which only boosted my confidence and strengthened my resolve.

Now that I’ve achieved my weight-loss goals I’ve moved on from those Walmart meals. But if I notice my weight edging up, I know a simple way to get back on track before it gets out of hand.

For those who aren’t quite ready to jump into a full-blown meal plan, even small changes can make a big difference.

Do you know someone who could benefit from reading this? Click “Share” to inspire others with Jeff’s story, and email info@menshealthfoundation.ca to find out how you can help others by sharing your own journey to wellness.

Visit DontChangeMuch.ca to read about the one simple tip for starting a successful weight-loss journey.