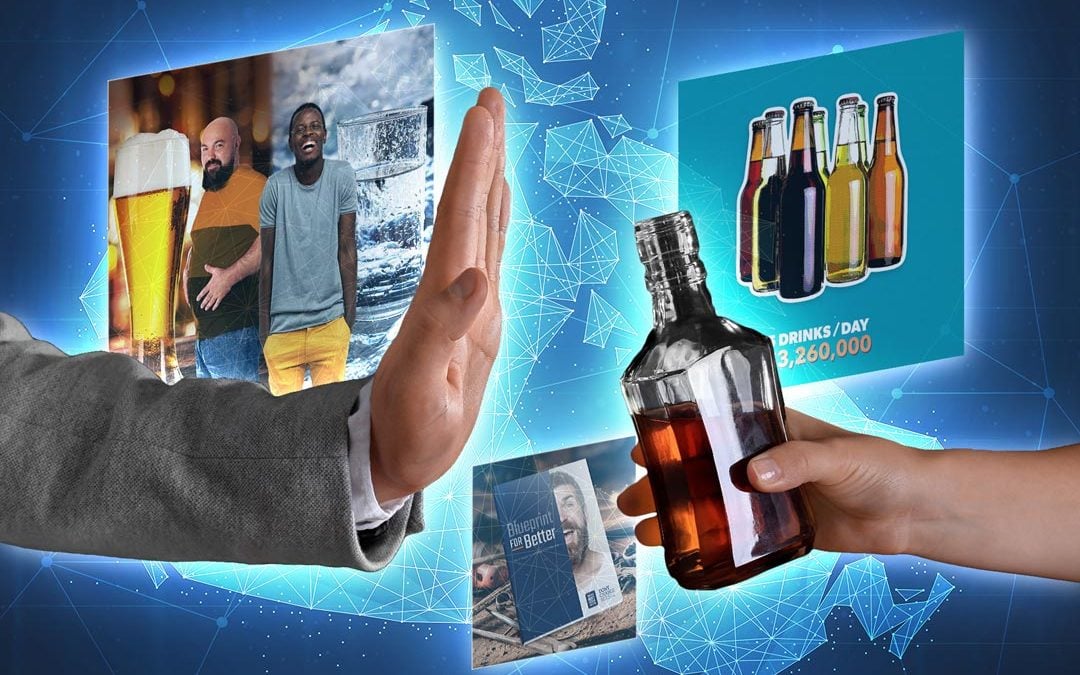 In the November/December issue of the Trends in Urology & Men’s Health journal, editor Roger Kirby laments the fact that “almost no progress has been made in reducing annual per capita alcohol consumption, which, according to a World Health Organisation report, is forecast to increase further over the next 10 years.”

The consequences of this quiescence are dire, Professor Kirby continues: “Some three million deaths worldwide (5.3% of all deaths) resulted from alcohol use in 2016…Significantly, over three quarters of these deaths were among men.”

That’s where the Canadian Men’s Health Foundation is working to make a difference. Providing easy tips for moderating alcohol consumption has been one of the core objectives of the CMHF’s Don’t Change Much campaign, which fosters awareness of men’s health issues, changes attitudes, and then alters behaviours by inspiring men to make small, healthy lifestyle changes that have a significant impact on their overall health.

By combining humour, reliable information and straightforward, easily achievable health tips, DontChangeMuch.ca has managed to record 2,283,094 pageviews since going live in June of 2014, and has seen site traffic jump by 340.60 per cent year-over-year.

Moderating alcohol is a hot topic among the hundreds of searchable blog posts, some of which use CMHF research, such as the National Study of Health Behaviours and Economic Impact Burden Reports, to compelling effect. Indeed, the latter revealed that 39 percent of Canadian men consume alcohol in an unhealthy manner.

One recent blog post, titled “Goodbye Hangover, Hello Handsome,” achieved a remarkable 24,184 pageviews with an average of 4 minutes and 14 seconds time on page since being posted on Jan. 28. 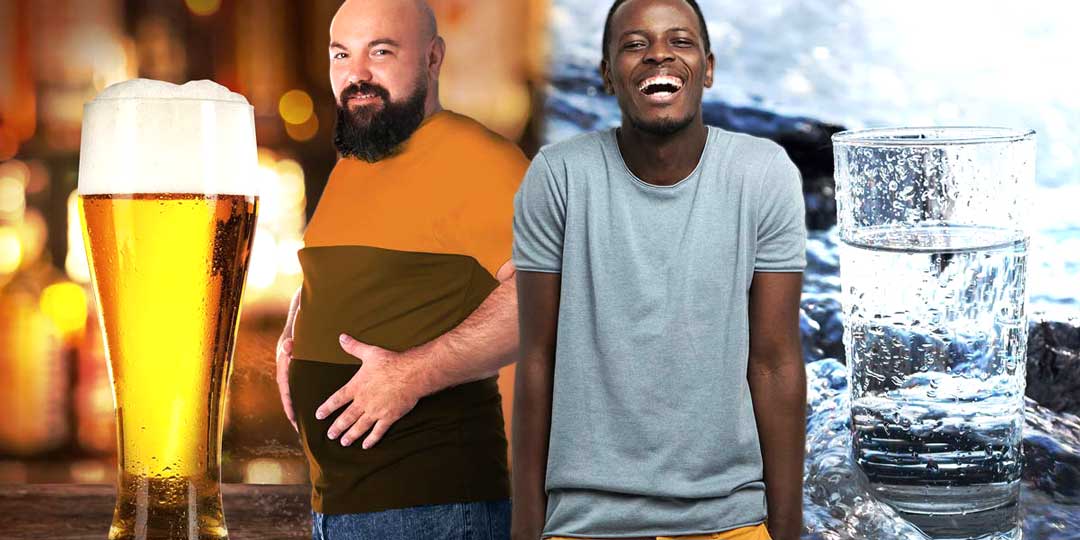 What worked so well? On one hand, the post caught readers’ attention with a friendly image and a thoughtful-yet-accessible spin on some humour from The Simpsons TV show:

There’s one Homer Simpson quote that speaks volumes for anyone thinking about drinking less alcohol: “To alcohol! The cause of, and solution to, all of life’s problems.”

It’s no secret that drinking too much can make us forget things. And that includes our problems! Trouble is, forgetting our problems doesn’t make them go away.

After cementing readers’ attention with some sobering health issues, the post highlights the CMHF’s research-backed “ground rules for safe drinking”: A maximum of three drinks per day, with two alcohol-free days per week. (These amounts echo the U.K. guidelines referenced in Professor Kirby’s editorial.)

Next come the many benefits of reducing alcohol intake, which leave readers feeling positive about making healthy changes:

…It can make you slimmer, trimmer and better-looking. If this boosts your overall attractiveness, you may well get a boost in the bedroom…

…Every time you DON’T have a drink your wallet stays a little bit fatter…In a year you’ll have saved more than $5,000, which could add up to millions of dollars over your lifetime! Keep cutting your drink count, and the savings will only increase…

…Hangovers take away from everything that makes you happy and is important to you. Drink less, and you’ll enjoy everything else in life that much more! At the same time, the foggy thinking that goes along with drinking will disappear, which will allow you to fully appreciate the extra time you have. Not only that, you’ll have a clearer idea of how to spend all that extra cash in your wallet…

Last but not least, there’s a compelling call to action: Are you thinking about changing your drinking behaviour? If so, we’ve got your back! Download the free “Blueprint for Better: The 5 Stages for Building a Healthier Life” right now. 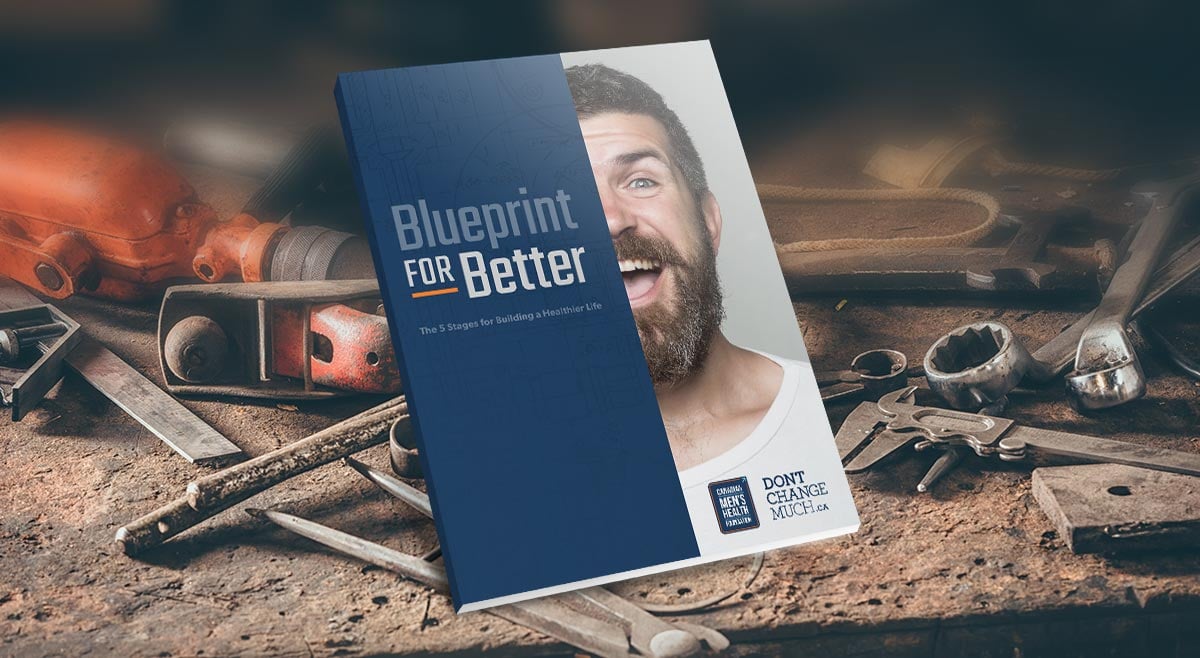 This straightforward ebook explores the 5 Stages of Change men go through when building a new healthy habit, and shows them how to overcome obstacles they may encounter at each stage.

Fostering awareness, changing attitudes, and then altering behaviours. If Professor Kirby, or anyone else for that matter, is seeking a solution to the alcohol-related health woes of the world, Don’t Change Much is a great place to start.