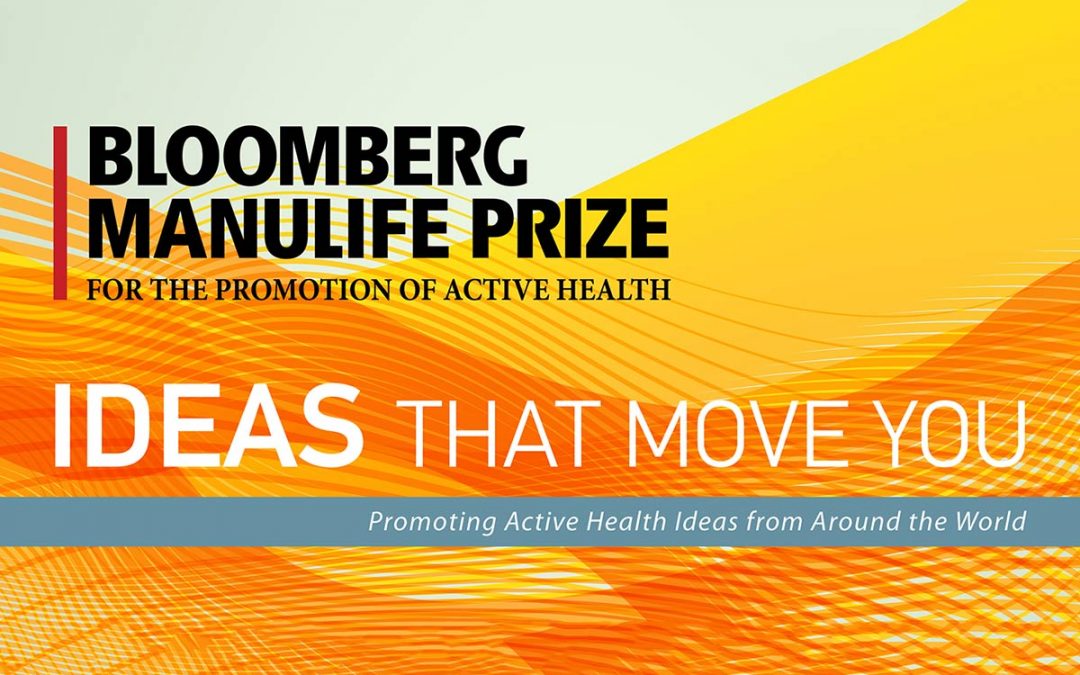 Have you heard of McGill’s <a href="http://www.mcgill my latest blog post.ca/bloomberg-manulife/prize” onclick=”__gaTracker(‘send’, ‘event’, ‘outbound-article’, ‘http://www.mcgill.ca/bloomberg-manulife/prize’, ‘Bloomberg Manulife Prize’);” target=”_blank”>Bloomberg Manulife Prize   for the Promotion of Active Health? This influential prize is offered each year by McGill University to an academic whose research has had, or demonstrates potential to have, a significant impact on the health and well-being of North Americans.

The Prize, valued at $50,000 CAD, was founded in May 2011 by Toronto-based investment manager and honoured board member of Canadian Men’s Health Foundation, Lawrence S. Bloomberg, and corporate sponsor Manulife Financial. Motivated by a strong common desire to improve our lifestyle choices, the founding partners joined forces to create a prize that will have the power to bring real and lasting change to the way we live. To accomplish this goal, they decided to recognize and support the researchers who are already having a profound and positive impact on the health and well-being of their fellow citizens!

McGill University’s Bloomberg Manulife Prize also has a bi-monthly eDigest, Ideas that Move You, which features helpful tips and articles on active living by McGill experts as well as past BMP winners and partners. To receive the free eDigest, sign-up here.