CMHF is honoured to have been introduced at the B.C. Legislature Question Period on October 19, 2017.  Please see the Hansard below:

Honourable Adrian Dix, Minister of Health:  This morning, the members of the Legislature met with representatives of the Canadian Men’s Health Foundation, including the founding president, Wayne Hartrick; Adam Kreek, who is their champion, and whom members of the House will know is an Olympic gold medalist from 2008; Sam Omidi, the VP of digital; and Kalinka Davis, who is in charge of business administration for the foundation.

They do extraordinary work. They were inspired here in British Columbia, and they’ve become a national movement. We’re very proud to have met with them today.

You may have heard about the human papillomavirus (HPV) and think it is one of those women’s issues because of the TV commercials.  Be informed guys and read the following article: http://www.cbc.ca/news/health/hpv-men-1.4358091

This is an equation that works in both directions and why it is important to share Jennie’s story: my story embarrased to death for jennie

It is estimated that each day in Canada, 11 people end their life and 210 make a suicide attempt. Suicide occurs across all age, economic, social, and ethnic boundaries. The pain that leads individuals to take their lives is unimaginable. Their deaths leave countless family and friends bereaved and their communities impacted. https://suicideprevention.ca/wspd/

Take a minute and read the personal story of Joshua: https://headsupguys.org/never-wanted-die-wanted-end-pain/ 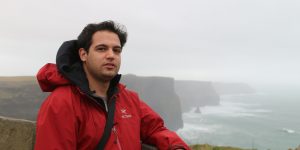 July 14, 2017 DEVELOPMENT AND CASE-CONTROL VALIDATION OF THE CANADIAN MEN’S
HEALTH FOUNDATION’S SELF RISK-ASSESSMENT TOOL: “YOU CHECK”

YouCheck.ca, the world’s first online health risk assessment tool specifically designed and built for men recently had its development and case-control validation published in the Journal of Men’s Health (JOMH).

This JOMH publication is another step forward in bringing to men evidence based tools in a guy friendly manner that create awareness for participants about their health.

The Canadian Men’s Health Foundation (CMHF) is pleased to announce that today the Province of Ontario budget included $5 million over five years to CMHF to lead initiatives that will promote and improve men’s health across Ontario.

The five-year commitment will help form a long-term partnership between the province and the Foundation, to ensure that we can continue and increase our work in Ontario that proactively engages men in a culture of good health and emphasizes the importance of health in Ontario’s families and make them a leader in health promotion.

We look forward to working with the Government of Ontario to ensure that key messages concerning men’s health are integrated into Ontario’s health and wellness strategies.

June 4, 2014 – Global News – Elite athletes to paddle board from Vancouver to Victoria for men’s health http://globalnews.ca/news/1383255/elite-athletes-to-paddle-board-from-vancouver-to-victoria-for-mens-health/