Don’t Change Much Wins Big at The Crystals 2015 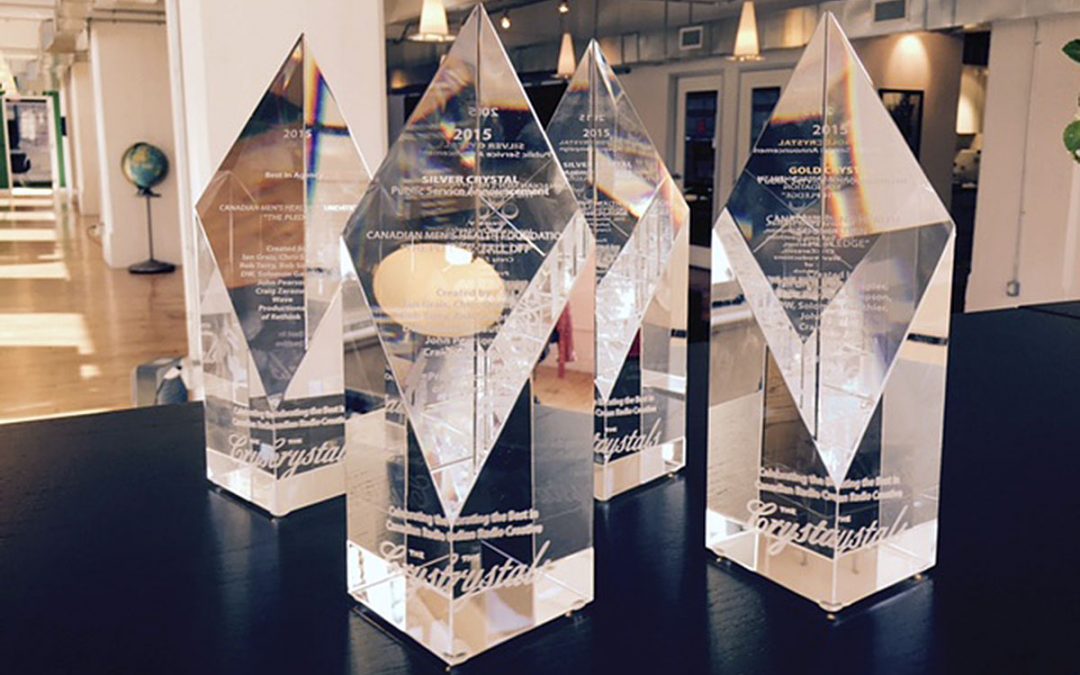 The CMHF is humbled to share that our ground-breaking Don’t Changed Much campaign cleaned up at The Crystals 2015 Awards. Closely watched by agencies and broadcasters alike, The Crystals are an industry barometer of who’s who, and who’s hot in Canadian radio creative.

The hilarious Don’t Change Much radio spots which aired across Canadian radio stations last year were recognized in the following categories:

Why did the spots do so well? Because they resonate: Men really are reluctant to jog and eat broccoli. It’s also true that small lifestyle changes like the ones mentioned in the ads can make a big difference when it comes to improving men’s health.

We would like to give a special thanks to Rethink Communications for lending their talent and services to the Don’t Change Much campaign.

If you have not yet heard the radio spot, click here to hear what all the fuss is about.