As a coach, school principal, athlete, parent and community leader, Karl Subban has mastered the art of inspiration over the last 30 years. “Your greatest gift is your potential,” he writes in his bestselling memoir, How We Did It, “and your greatest gift to the world is the development of that potential.” 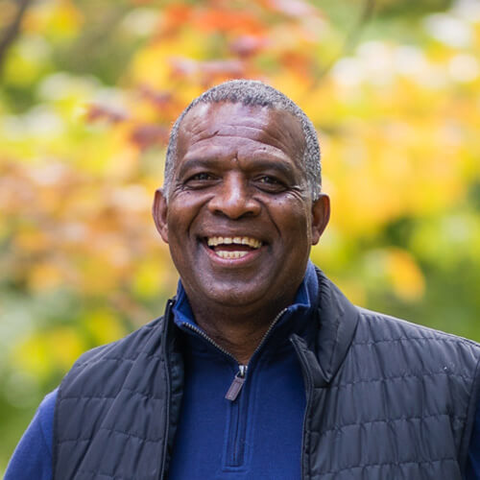 “As you work to take care of everybody else, make sure you’re also working to take care of yourself. It doesn’t mean you have to make monumental changes. Exercise, pay attention to what you’re putting in your body, and you’ll be able to enjoy the fruits of your labour.”

Despite knowing nothing about hockey when he first moved to Canada from Jamaica in the 1970s, Karl and his wife, Maria, raised three NHL players: Malcolm, a goaltender with the Las Vegas Golden Knights; Jordan, a defenceman signed to the Toronto Maple Leafs; and P.K., the most famous of the Subban brothers, who earned the 2013 Norris Trophy as the NHL’s top defenceman and won an Olympic Gold Medal in 2014. He has been the top-scoring defenseman for the Nashville Predators in both his seasons with the team.

The Subban family’s active, athletic roots run deep. Before serving as a principal in one of Toronto’s toughest schools, Karl became the fifth leading scorer in Lakehead University basketball history. His eldest daughter, Natassia, ended her basketball career at York University as the all-time leading scorer in Ontario University Athletics, while his youngest daughter, Natasha, is an acclaimed visual artist. Both women followed their father into teaching.

Karl was so focused on helping his children succeed that he sometimes overlooked his own health and, at age 40, he was diagnosed with Type 2 Diabetes. This health scare, and his own journey to become healthier, were important factors in his decision to become a champion for the Canadian Men’s Health Foundation.

“One of the things I discovered is that children want to be with you,” Karl writes. “Your time is the most important thing you can give them other than love and shelter. It’s what stays with them forever. P.K. knew that time with mom and dad was good for him. So, when the Nathan Phillips Square Ice Rink in Toronto was opened, we were there. I never confused my role between a hockey dad and a dad — I knew which one was more important. Sometimes it is easy to forget which one is more important.”